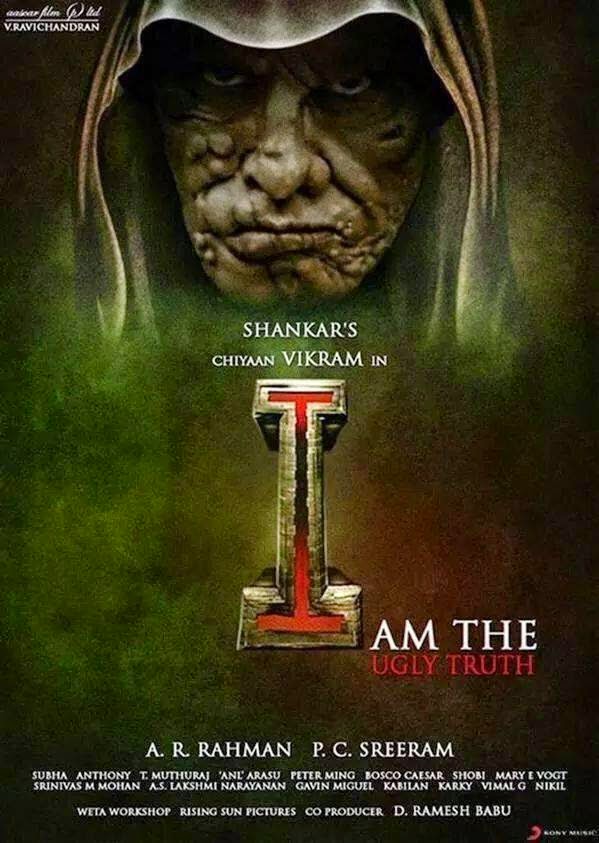 The big problem I have with Shankar's latest film (a collaboration with Anniyan star Vikram) is that it feels less like Shankar and more like Muruga-dross. Shankar in the past struck a chord with his blend of overdrive masala hi-jinks and topical issues. Apart from his uniquely delirious visual and narrative sensibilities, he was one of the few mainstream movie-makers that represented the aspirations of the middle-class, giving them, at least in the movies, moments of catharsis in his elaborately mounted depictions of the evils in their lives being vanquished. We cheered as adulterers, corrupt cops, parasitic slum-dwellers and noxious politicians got their comeuppance, taking us momentarily out of our feelings of helplessness and self-pity. His audacious take on technology gone haywire in Endhiran/Robot had sufficient chutzpah to leap over its shortcomings in the way of logic and coherence. To see him go from there to a drawn out personal revenge drama seems not so much like shifting perspective as narrowing it.

Without going into spoiler territory, although you would have to be really simple-minded to not see every single plot twist well before the reveals are made, this film is about a hero getting fucked over by a bunch of evil folk, and then taking his revenge on them. While Murugadoss would have subjected us to an excruciating unbroken bloc of puerile vomit inducing romance that runs up to nearly half the movie's length before going into the revenge angle, Shankar tries to vary things by moving back and forth in the narrative timeline, so we see acts of revenge being conducted on people before we see the evil they do. In practice this only reduced my ability to sympathize with the protagonist's vengeance. Entertaining campy revenge dramas have been made before - mainstream Indian cinema of the 70's and 80's is chockablock with such films. But they work within a certain scope, a straightness of path. (Over-)Powered by Shankar and Vikram's desire to awe, the resultant convolution and hot air make a royal mess. The action and song sequences seem like rehashes from previous Shankar films - A fight across rooftops in China provides some thrills. The product placement songs are kinda fun. While the picturization of the I'd Do Anything For Love ripoff song is interesting, the song itself is the aural equivalent of applying nail pliers to one's testicles.

As for Vikram, he's frankly a bore in this film. It's tragic that someone who seems so interested in the craft of acting is content to regurgitate rote melodrama as emotion. I respect his efforts for the physical and prosthetic transformations, but they only make his character more fake and, pardon my grammar, not-give-a-fuck-able. I had far greater sympathy for Jackie Shroff taking revenge in that camp classic Mera Jawab. You can check that one for free here: 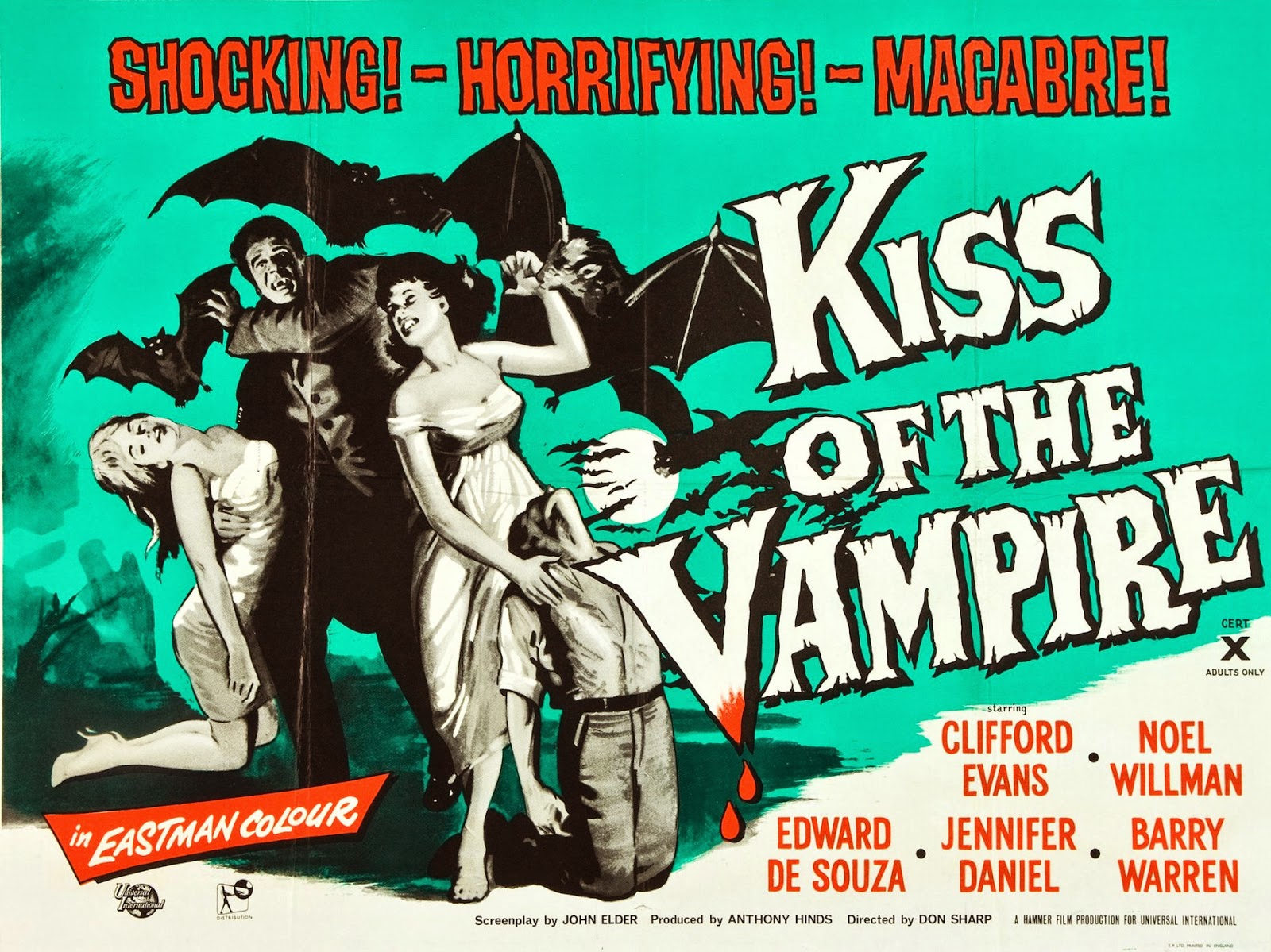 Kiss of The Vampire was a decent second-tier Hammer film with some very effective scenes, although hobbled by an all-too-contrived plot and a climax that should have been scrapped considering the abysmal quality of the FX. The story is something like Alfred Hitchcock's The Lady Vanishes meets Hammer's own The Devil Rides Out - After an intriguing opening that features a staking of a vampire through a coffin, we zoom into the lead couple stranded when their automobile runs out of petrol while passing by the very same tiny European village that features in almost every Hammer production. Almost immediately after they book into the local inn, they are invited to supper by the local nobleman Dr. Ravna (Noel Willman) whose castle houses several of the props from Dracula's lair in the 1958 Hammer film, and not just because he purchased them in a Transylvanian yard sale. The up-to-no-good doctor's children Carl and Sabena insist on the couple attending a masked ball at the castle. During the course of this ball, the wife disappears and the husband's attempts to find her are stonewalled by Ravna's family. It is then time for Prof Van Helsing...oops, Prof Zimmer to step in and announce his plan to put an end to this ee-vil. The plot hinges on some major contrivances like a whole bunch of vampires being conveniently assembled at the castle at the very moment the professor finds it suitable to invoke supernatural forces to destroy them; admittedly, calling on Beelzebub to help with vampire-killing is intriguing, but why does the Lord of The Flies send in an army of (rubber) bats?

The sequence of the masked ball is certainly atmospheric (though handily eclipsed the following year by Roger Corman's Masque of Red Death), and I will also applaud the solidity of the supporting cast, especially Barry Warren as Carl, and Peter Madden as the simple-minded local innkeeper Bruno. While Clifford Evans has a harsh commanding presence as Prof Zimmer, Willman's Dr. Ravna comes off as purely formal, lacking the inner menace that would make him a formidable adversary. The vampires are such a walking list of vulnerabilities - a dab of garlic essence on a door traps them within, an impromptu cross outlined in blood has them in shivers - it's a surprise they have any hold in the village instead of being laughed out of it. The climax with the aforementioned rubber bats is more hilarious than thrilling. But at 88 min, there's little time to ruminate and a fair bit of amusement to be had.
Posted by Suresh S No comments: