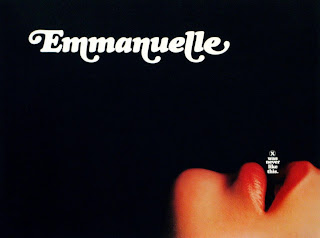 For the rest, Emmanuelle sets the E(u)rotic movie pattern. The titular heroine (Sylvia Kristel, very easy on the eye) is the archetype fish out of water in exotic Thailand where she has come to join her husband Jean (Daniel Sarky) - as Roger Ebert describes in his review "a world of wicker furniture, soft pastels, vaguely Victorian lingerie, backlighting, forests of potted plants, and lots of diaphanous draperies shifting in the breeze". Add to that description, a batch of native servants who like to spy on their employer's sexual activities and in turn carry out their own physical comedies.

Jean claims to want Em to not feel tied to him, and to try out any sexual experiments she wants. But it would appear in fact that little Jean wants her to be liberated only in the shallow unromantic manner he and his society of expats indulge in. When she ignores the clique of bored grope-happy neighbors and falls for a winsome lady archeologist (Marika Green), he shows himself a jealous husband like any other. Sylvia's scenes with Marika are some of the best in the film, sexy, funny and carrying a palpable sense of romance. Most of the sex thus far is of the tame variety, pleasant to look at without being outright fap material (unless you're in your teens, in which case little isn't).

After she is sent off by Marika, Em returns to Jean who then coaxes her to go with aging Casanova Mario (Alain Cuny). Mario looks somewhat like David Lynch and talks like you would expect Lynch to, if you knew him only from his movies, a lot of solemn balderdash. Mario's ideas of sexual liberation take the film into queasy territory, including a gang rape sequence and later one where Em is made the prize of a Thai boxing bout. She accepts these situations with questionable equanimity and we must believe that they contribute to her erotic awakening. Maybe it's just me, but I find the frank exploitation scenes of Zakhmi Aurat or Savage Streets more palatable than such arty rape fantasies. 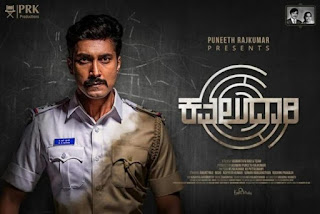 In the story, a frustrated traffic cop (Rishi) wants to be a crime-solver and after a road excavation reveals decades old bones, obsessively aims to solve a long-closed case on his own. In his quest he meets with a scoop hungry journalist (Achyut Kumar) and later the cop who did the original investigation, now a disheveled drunk (the legendary Anant Nag). Whether they manage to solve the crime and bring justice forms the rest of the film.

Kavaludaari has a fantastic first half, in which we see Rishi's cop single-mindedly digging into the case. I appreciate that Rishi is shown as a novice detective finding his way with a mixture of amiability and doggedness, than the obnoxious sociopathic know-it-all favored by modern crime shows. Director Hemanth Rao essays a terrific visual showcase of past events as seen through Rishi's perspective, even incorporating them as part of a song that pushes the story forward. Rishi in this role has a very approachable presence and one empathizes with his character's desire to rise above his job. The entry of Anant Nag at a pivotal point adds another color. In his initial appearance as the rundown loner ex-cop Nag is so very convincing with his slovenly appearance, unsteady gait and trembling lips, it is almost disturbing. To the script's credit it doesn't immediately bow down to the bigger star - Nag's senior cop is a strong support to Rishi's investigation but does not supplant him. 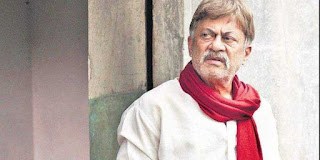 So far so amazing. Alas, once the main baddie is revealed, which is a good while before the end, it succumbs to convention with muhahaha type "let me explain my masterful scheme" villainy, eye-rolling masala revenge, casual disregard of previously revealed details and leaps of logic that sully the precise and methodical way the film was built up till that point. There are still interesting visual metaphors and the actors are sincere, but it certainly falls short of the tense mystery-noir thriller it could have been. Still, damn it that first half certainly made it worth the while.
Posted by Suresh S No comments: