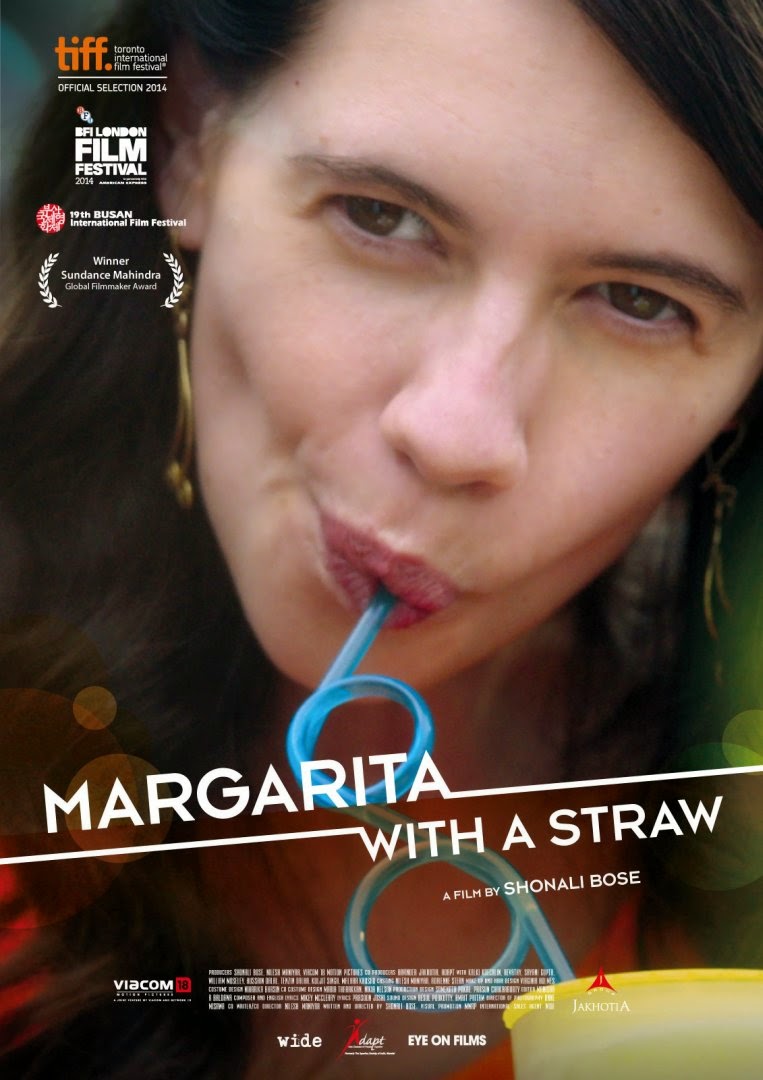 If you put aside the disability different-ability(?) element, Margarita is, like English/Vinglish and Queen, another in the line of "Indian woman goes abroad and discovers herself" soaps. The woman here is Laila, a talented student-writer (so we're told, we never get any real look into her creative process or muse) that also has cerebral palsy. While she is loved by her family and treated sensitively by her friends in Delhi, she is bereft of  a romantic/sexual relationship (apart from the other handicapped character in the film who at least initially believes they should get together because no one else will have them). Cue in the trip to New York (on a creative writing scholarship, of which we see nothing of substance, it could well be an invitation to just hang about and take in the sights) and we are back again in that magical Western world utopia where everyone is extra-nice and deeply understanding and have no prejudices (and let's not forget the awesome nightclubs). Here, Laila meets gay Pakistani blind girl Khanum (see how many marks we are hitting here?) with whom she jumps into a physical romantic relationship. Without spoiling further I will say that from this point, the movie for a brief while plays like a massively cleaned up tame riff on Blue is the Warmest Color, only to run into the Hallmark movie script of the cancer patient.

In a society where a non-embarrassing depiction of even a conventional sexual relationship is rare, and handicapped differently-abled characters are almost always written as asexual one-note pegs, a film which recognizes that such people can have all the feelings and dilemmas that the norm do must be given some welcome. And Margarita... does some things very right. We never see Laila as an object of pity or of a Readers' Digest level of mawkish admiration. The film doesn't end with her winning the Nobel for creative writing. And Kalki Koechlin immerses herself into the part brilliantly, baring Laila's emotions without embarrassing theatrics.

On the negative side, the film treads shallow where it should dig deep. There are too many holes in the depiction of Laila's personality as an organic whole. We see little of the creative person she is supposed to be, and the potential complications of her romantic / sexual dilemmas are quickly side-stepped in favor of a conventional tear-jerker TV drama.

Overall, if mainstream movies are predominantly what you watch, this is a palatable effort that brings some important issues to mind, even though it's not in itself a great film.