Apart from deficiencies of the source, brightness/contrast issues, some instances of what looks like digital noise, the biggest issue is the presentation of a 16:10 aspect ratio in a stupid 4:3 window-box which would lead to an ~30% resolution loss in scanning. This is par for the course with other NFDC transfers of widescreen films but considering that the grain in the print already looks kinda clumpy (and in some parts suspiciously like noise), it's a downer. I personally think Om Dar Ba Dar looked better at the cinema, but then one has no other choice. If you're at all interested in seeing surreal trippy movies, this one stands tall. 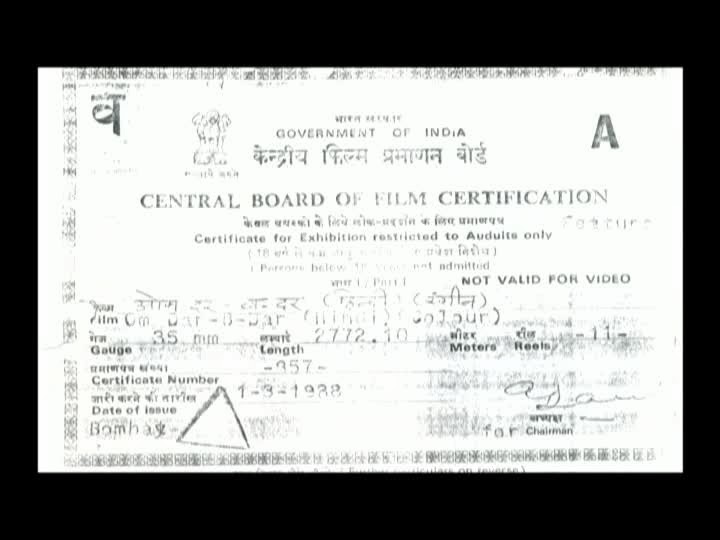 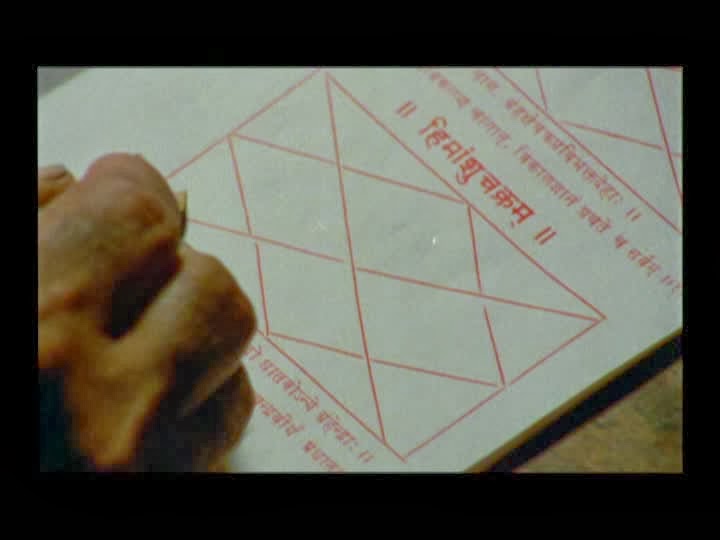 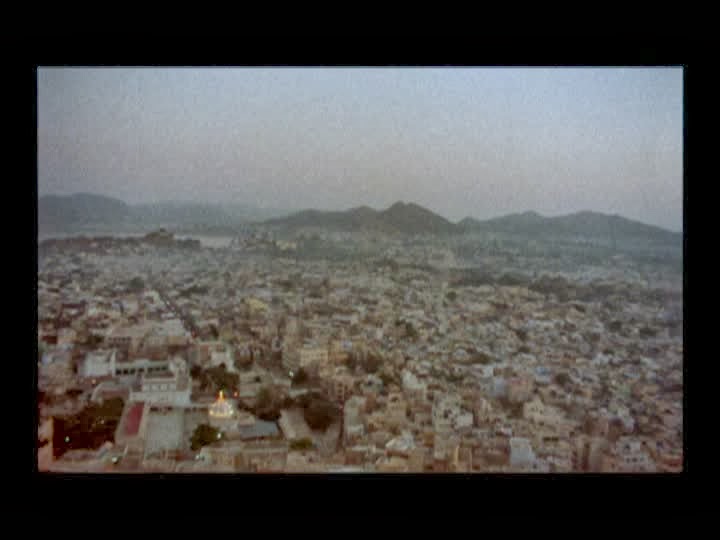 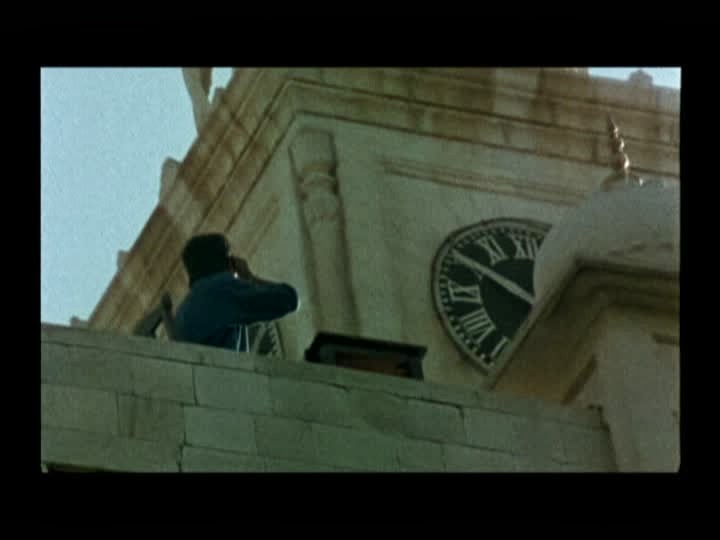 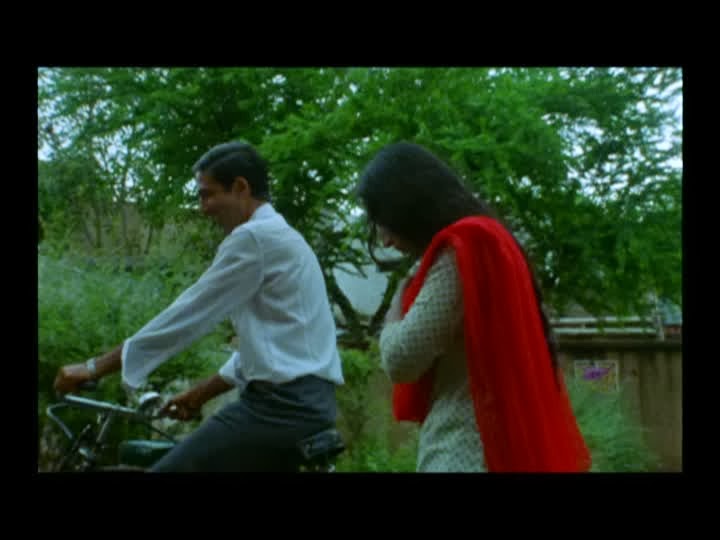 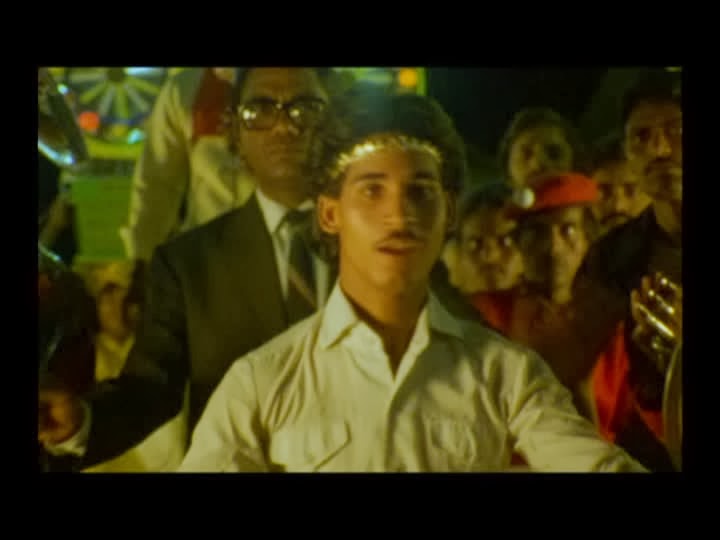 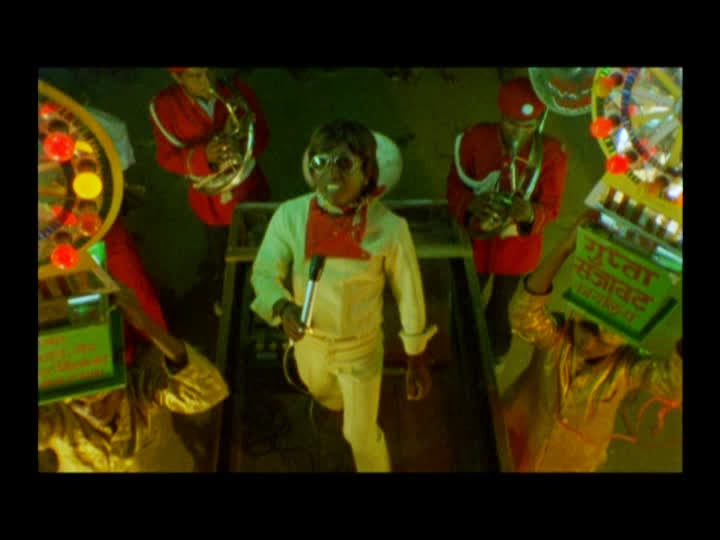 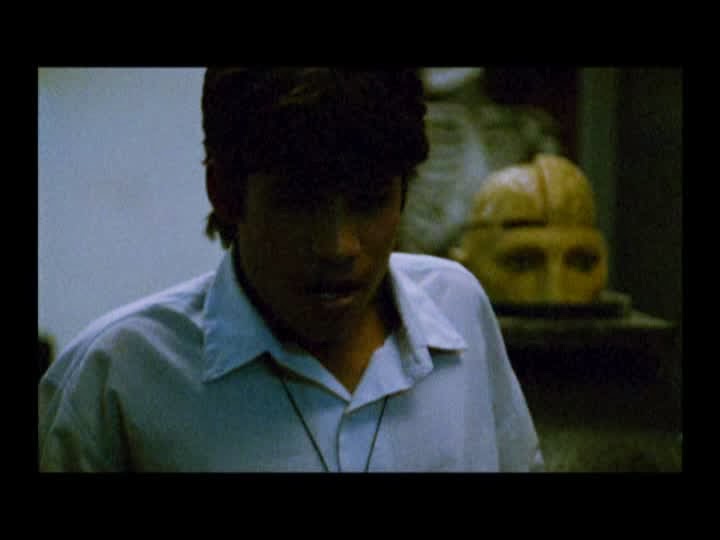 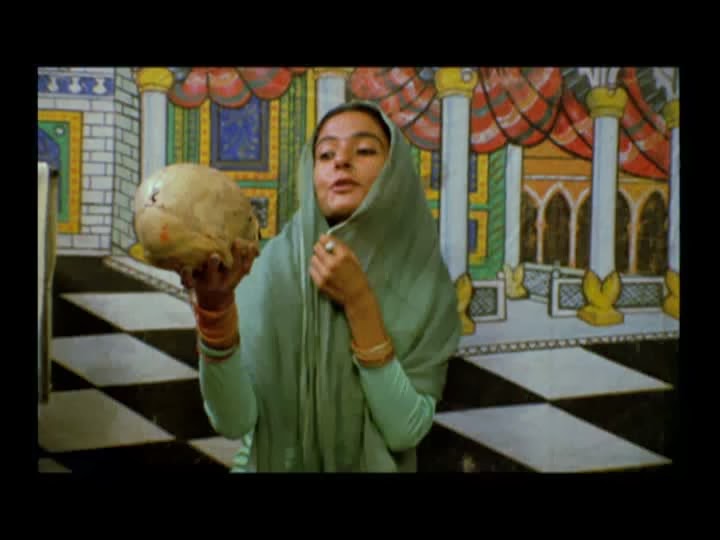 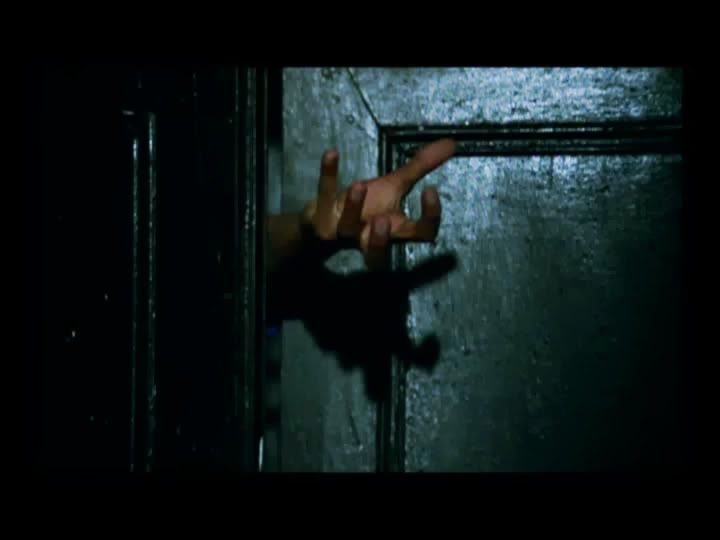 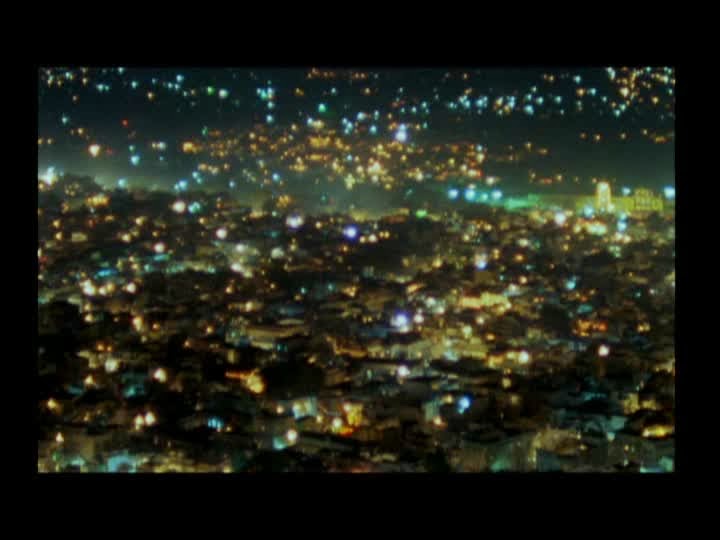 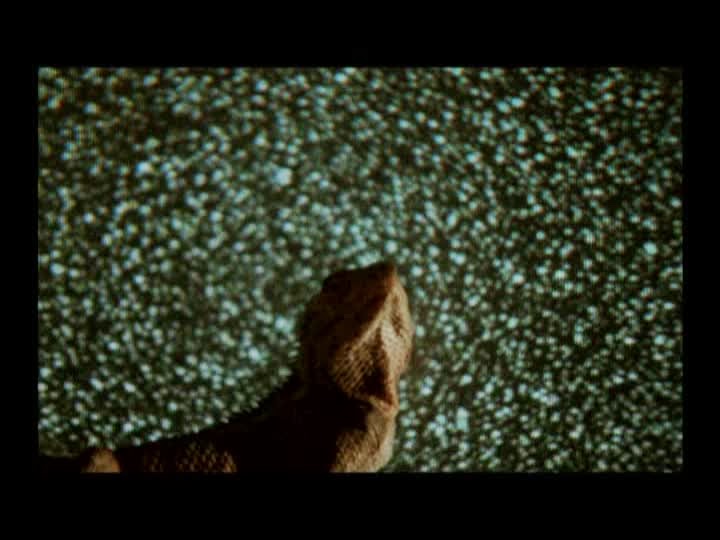 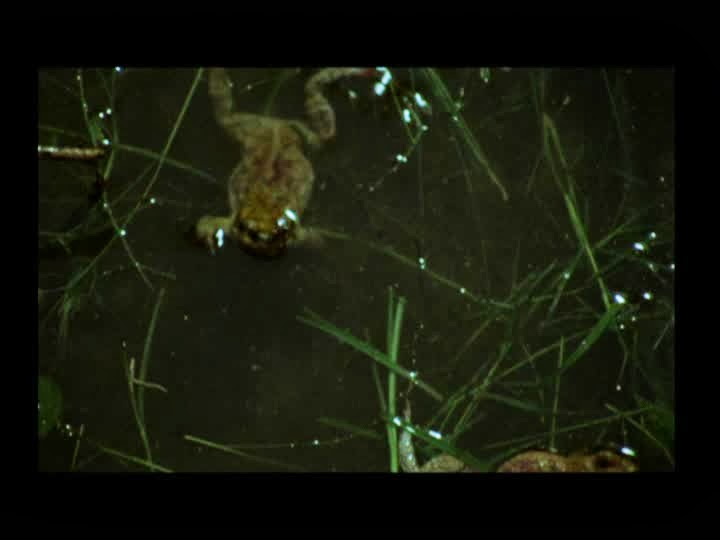 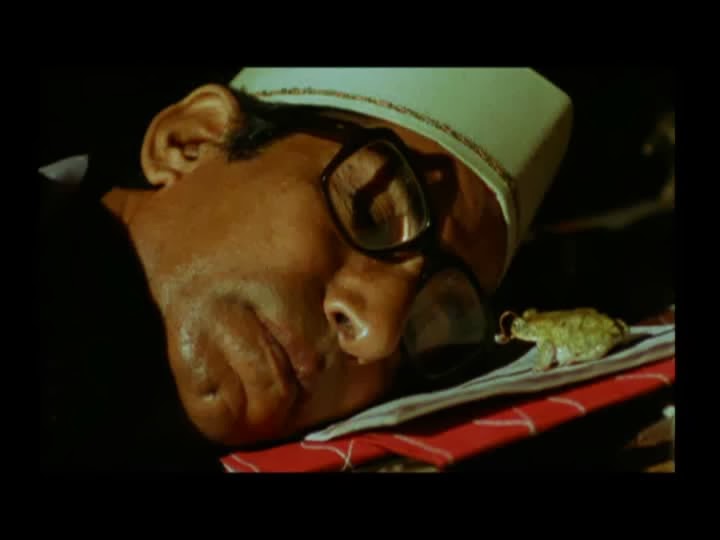 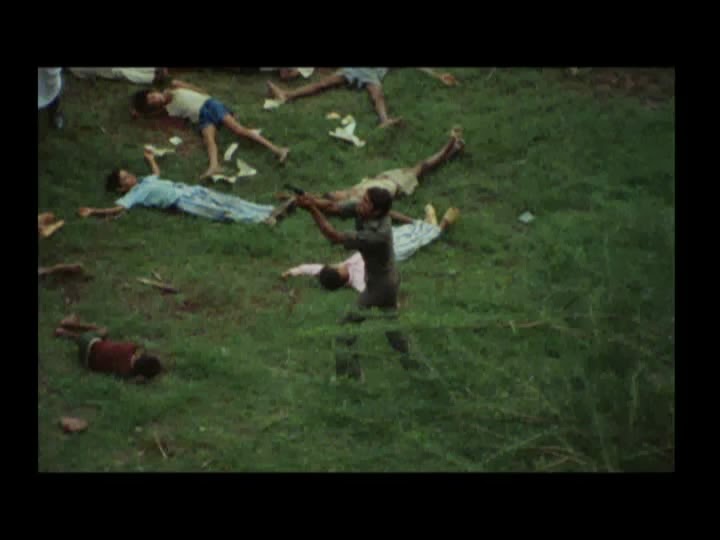 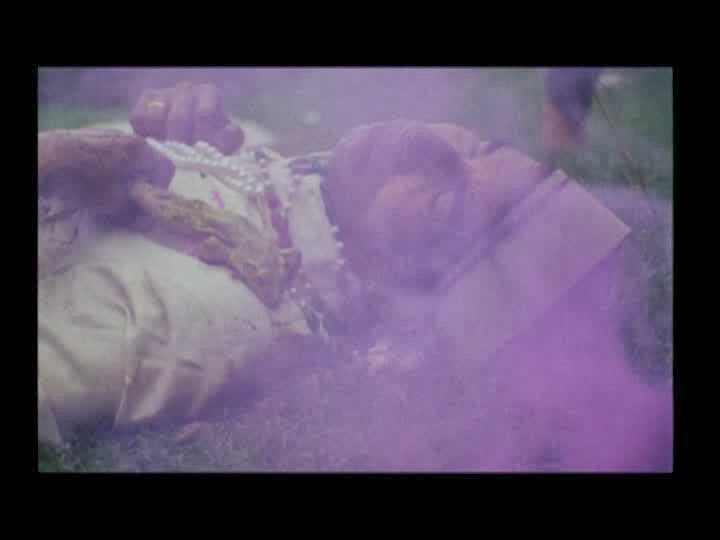 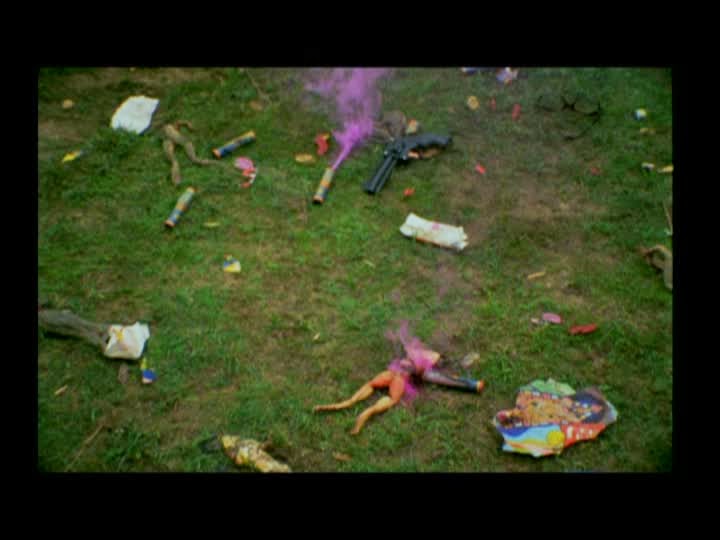 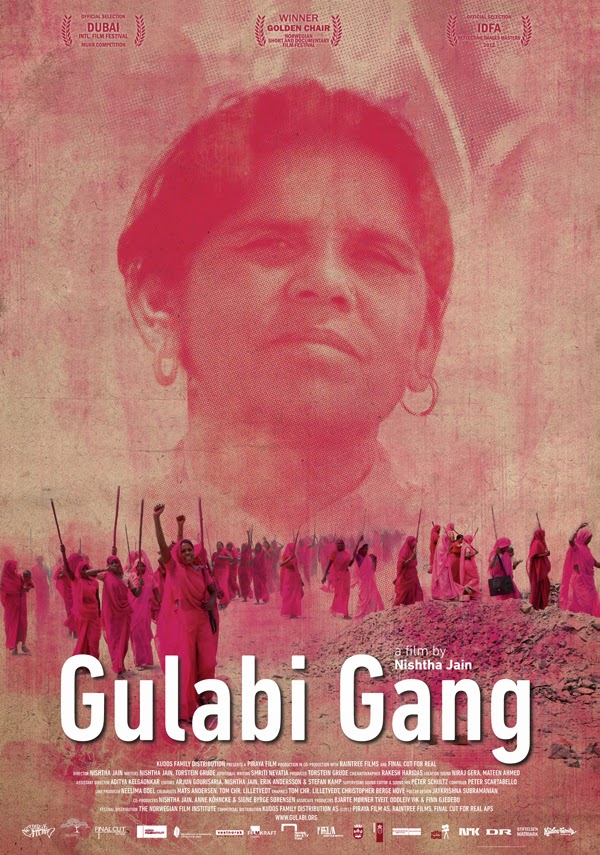 Don't confuse Gulabi Gang with the upcoming Madhuri Dixit - Juhi Chawla draamebaazi film, this is a documentary feature on the eponymous 'gulabi' (pink) saree wearing group, focusing on its founder Sampat Pal and other members. Directed by Nishtha Jain, GG starts with Pal looking into the death of a young bride that was possibly murdered by her husband's family: it covers her interactions with members of the girl's and boy's households and the local police, the general resistance she faces at all ends etc. Another thread deals with the group's efforts to overthrow an exploitative village chief. We also see the GG movement running a recruitment drive in villages to increase their membership and spread (Apparently 1.5 lakh women across several hundred villages are now GG members) and putting up several of its members as contestants in local elections. While following the course of these threads, we also get an insight into Sampat Pal's life and the formation of Gulabi Gang.

Jain's coverage is gratifyingly non-jingoistic, preferring to simply document the proceedings without telling the audience what to feel. She does not unnecessarily glorify the lead players or make heavy-handed statements. Their successes and setbacks are depicted with attention and objectivity. Later in the documentary she exposes the cracks in the organization, when members with differing social views have conflicts with the group and its hierarchy. In less than 100min a good amount of ground is covered, without confusion or a rushed feeling. The film is also visually strong; Jain has a great eye towards capturing the rhythms of rural life and the shots are edited together with admirable fluidity. On the whole this is a high caliber documentary film that should be seen by people interested in India beyond the metros.

Right now the film is being screened at select PVR cinemas at limited show times. If you're interested in the film, you owe it yourself to catch it before the coming weekend by which it is likely to be out of the running, probably in favor of the Bollywood version.
Posted by Suresh S No comments:

In The Mouth of Madness [dir. John Carpenter] 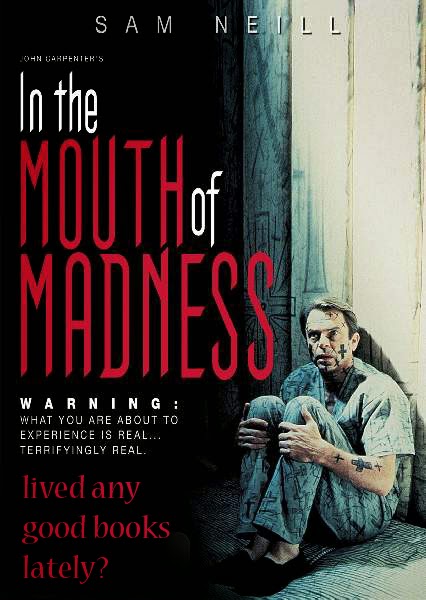 In The Mouth of Madness is the rare sort of film made by one true horror fan (or should in this age one say tr00?) for others. I would not care to discuss the plot elements in detail because sitting through this film without prior knowledge would be the best way to experience the dream-trip it is. The film has been described as (HP) Lovecraftian, and makes references to Elder Gods, but to my mind it is more of a Stephen King story (who could also be inspiration for the film's fictional mega-selling horror author Sutter Cane, although a character says at one point, "Forget Stephen King. Cane outsells them all.") A lot of the small town evil atmosphere recalls King's prose rather than Lovecraft. Admittedly both of them have mined this theme with grand success, but the difference is that ITMoM leans more towards the robust everyman-ness of King's characters, especially his leads, rather than the fragile, overly credulous protagonists of Lovecraft's stories.

The film mostly sails on Sam Neill's performance as the sleuth who thinks he is going to Sutter Cane's mythical town of Hobb's End to uncover a grand hoax, only to find himself sinking deeper into a nightmare world; in other words he can't find the zipper on the monster suit. Neill solidly holds center-stage making one think about how he would have been a great alternative to Jack Nicholson in The Shining (and perhaps a little more believable in the initial "sane" portions). Everyone else is a prop to further the events around him. Carpenter's direction is focused on generating unease by constantly confounding the hero's attempts to make sense of the world around him. If I make a small complaint, it is that there is a little too much foreshadowing, a few too many "boo" inserts, perhaps a fear that the audiences might be bored before the big scares come in. Apart from the theme itself, the absence of overt sexuality or even foul language makes the film more unique than its contemporaries (and may perhaps be regarded as a Lovecraftian touch?). On the whole definitely recommended as an interesting horror flick. If you watch it, as I did, in a slightly sleep-deprived fashion, you feel more jolted by the constant turn of events.

Interestingly enough, Carpenter returned once more to a similar theme in Masters of Horror's Cigarette Burns episode and that one is pretty fucking cool too.

A few notes on the blu-ray from Warner / New Line:
The blu-ray is an almost barebones affair, but the transfer is solid if not exemplary. The colors in the opening urban setting are muted to the point of being dowdy, but things pick up significantly once the characters enter small town Hobb's End. Detail is not eye-popping but the many darker scenes are quite satisfactorily handled and the film has a sturdy un-manipulated look. Sound is good, although dialog seems a little low in the mix, leading to instances where one has to adjust the volume control between conversation scenes and those with "more excitement" happening.
Posted by Suresh S No comments:

The rest of the pictures were rubbish, of the slice-of-life variety, but one called Valley of Flowers held his attention. It was in black and white (as they all were), and captured a stream in rapid foam-flecked flow over stones while a smoky mist suffused the air, caressing the water surface and the rocks' contours. To the right was the profile of a hill, foliage-wreathed, a rough path cut into it at the edge. A man and his donkey could be seen from the back walking up the path towards a bend.
There was an almost transformative element in the picture. As one's eyes moved from left to right, from the mist shrouded stream to the shrubby hill and path, the texture of the image seemed to shift from charcoal drawing to actual photograph, with infinitesimal gradients in between. His mind could not imagine the scene being ever in color, not even in the real life it was taken from. He wondered, when man and animal reached the bend, what would happen?
Posted by Suresh S No comments: