2013's Mumbai Police has, up to a point, a decent mystery plot about a cop who lapses into amnesia in an accident just moments after informing a colleague that he has cracked a murder case. Now without those memories, he has to re-solve the case. 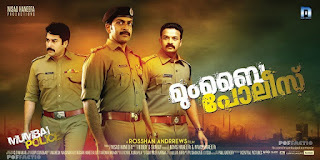 Antony 'Tony' Moses - played by Malayalam cinema's action hero Prithviraj Sukumaran - is the cop. At the beginning of the film, we see him tell someone on the phone "I've got the culprit". Moments later, a falling refrigerator from a van ahead forces him to veer and his car overturns. When Tony awakes, he has no recollection of who he is. Only his senior officer and friend Farhan (Rahman), who was on the other end of that call, is dealing with him. Farhan informs Tony that he was on the trail of the killer of their mutual friend Aryan Jacob (Jayasurya), a cop shot dead on the very stage he received a gallantry award.

Armed with only what information Farhan can share with him and his own instincts, Tony must start again at square one. In a script contrivance, Farhan asks Tony to conceal his amnesia from everyone, including their own colleagues in the force. This leads to some awkward moments for our protagonist. Also, it would seem that there are people bent on thwarting Tony's investigation, even if it means killing him.

Prithviraj is not the most versatile actor, but fits a certain badass hero / arrogant anti-hero niche. In this lead part, he gets a little more depth than the typical masala movie he is known for. A series of flashbacks makes us privy to the events prior to the amnesia loss, and we get an interesting contrast in Tony's nature before and after the accident, almost a different person in several aspects. The bulk of the film is a police procedural in which Privithraj follows up various threads - and associated red herrings - before the solution dawns upon him.

Without spoilers, the resolution of the mystery is where the film completely threw my suspension of disbelief. It makes a mockery of how amnesia affects a person's basic identity and is executed with zero sensitivity, making me want to clout the writers (credited as Bobby and Sanjay) and director that came up with this rubbish. It also relies on an offensively contrived series of circumstances that undo the - rah-rah moments notwithstanding - layered build-up of the investigation that had been depicted till that moment. Put simply, it's a lame and disappointing conclusion that leaves a bad aftertaste after a promising beginning.