It might seem like I'm doing a bait and switch with the title of the new Rajkummar Rao film, when this is actually my opinion for the Telugu original starring Vishwak Sen, which came out in 2020. But it's not just the name that is carried over. Going by the trailer of the Hindi remake, even the content of the films seems so identical that, slight differences in actors aside, I suspect you would be having a photocopy experience. 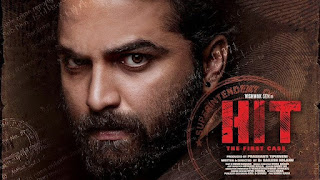 Vikram (Sen / Rao), the lead character of HIT (which stands for Homicide Investigation Team), is the investigator you have seen in a thousand modern detective shows. He ticks the columns of being (a) a brilliant but morose anti-social chap with (b) past trauma that gives him nightmares / hallucinations and (c) is is tasked with a case that has personal ramifications and threatens to burst his bubble of sanity. Vikram is so pathologically obsessed with the job he refuses to give it up even when his therapist warns him that his 'vitals' are failing, but the moment he takes a sabbatical on the insistence of his forensic scientist girlfriend Neha (Ruhani Sharma / Sanya Malhotra), she goes missing. Her disappearance seems linked with that of a young girl Preethi, who vanished one day after her car broke down on the highway. To find Neha, Vikram plunges headlong into cracking Preeti's case (for some reason, even though Neha disappears directly after digging up forensic evidence on Preeti's abduction, no one else thinks of connecting the two matters). Meanwhile he repeatedly gets stress-triggering flashbacks of a past trauma in which he is unable to save a girl being killed. I won't spoil it for you, but the reveal of the mystery calls for some serious suspension of disbelief, and characters acting in a manner that far exceeds their motivations. 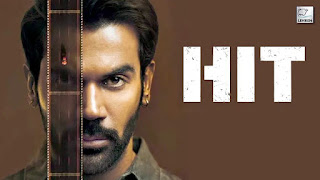 Even with the cliches and contrivances, HIT has its moments of interest. Vikram gets so caught up in tracking down Neha he doesn't care about risking the lives of suspects. His superior officer (Bhanuchander / Dalip Tahil) uses him like a gifted bloodhound and indulges his eccentricities (though a botched narc test crosses even his line). There is an intriguing sequence of events early in the film showing Preeti's encounter with a disheveled cop Ibrahim (Murali Sharma / Milind Gunaji) who offers to drop her after her vehicle breakdown, and when she goes missing makes some forays towards tracking her, but a chain of circumstances lead to his ignominious suspension and the overlooking of crucial evidence till Vikram picks up on him later. At least in the Telugu version, the writing is solid in this segment and Murali Sharma's under-playing is a joy to watch. I actually wish the film had been more about this guy because...

For me, the lead character was a cold fish. I think a good deal of this has to do with Vishwak Sen's acting so perhaps the Hindi version fares better. True, Vikram is supposed be psychologically fatigued, but there is zero emotional  register in Sen's performance. Even in the writing the relationship between Vikram and Neha is a vacuum. Given that he refuses to share his past trauma with her, and doesn't seem one for cheery small talk, one wonders what apart from their work draws them together. That seems a bigger mystery than the one tackled in the film.