Oh what I do for your entertainment :shaking head in amused disbelief:

Several millennia ago when I was in college, I had been (given that I couldn't write lyrics to an actual tune) nursing the idea of putting together some rap songs. I coulda been the next big gangsta rappa...or something. Sigh. I had even writen a few and here's the best of them brought to hilarious life in the record holder for the most amateur song recording that ever took place. 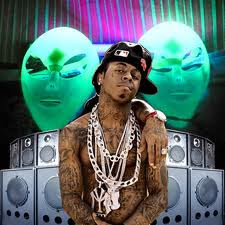